Franklin Furnace to Borough of Franklin

Franklin, known as the Fluorescent Mineral Capital of the World, is located over a rich ore body containing more than 150 minerals, many of them fluorescent and 25 of which are found no where else on earth. Settled in the 1600s, the village known as Franklin Furnace developed near iron mines and iron smelting operations located along the Wallkill River. In the early 1800s zinc deposits in the area began to be developed commercially. For most of the century many small companies mined zinc and iron in the Franklin area. In 1897 all zinc mining efforts merged into the New Jersey Zinc Company. The Zinc company was a major controlling factor in the development of Franklin. Immigrants from Russia, England, Hungary and Poland joined the work force at the mine. The population, 500 in 1897, swelled to 3000 by 1913 when the area incorporated as the Borough of Franklin. 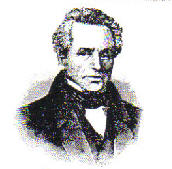 In 1750, the iron industry was beginning in the area around the Franklin Pond. This area became known as Franklin Furnace and was a part of Hardyston Township. The iron industry brought many immigrants to work in the iron mines. Dr. Samuel Fowler owned much of land in the area. In the 1800’s, zinc ore was found and Dr. Fowler sold his mining lands to a company which later became know as the N.J. Zinc Company. The beginning of zinc mining brought an influx. of immigrants and families to the area.

In the early 1900’s, the village of Franklin Furnace had grown and spread from the pond area to the Main Street area. Since Hardyston Township was mostly rural and agricultural and the village of Franklin Furnace had discovered the wealth of the minerals in their community, application was made to the N.J. Legislature for the passage of an act to separate from the Township of Hardyston. Upon passage of the bill on March 18, 1913, and ratification by the citizens of Franklin in a special election on May 15, 1913, the Borough of Franklin officially came into being, with the selection of David W. McCarthy as it’s first Mayor. 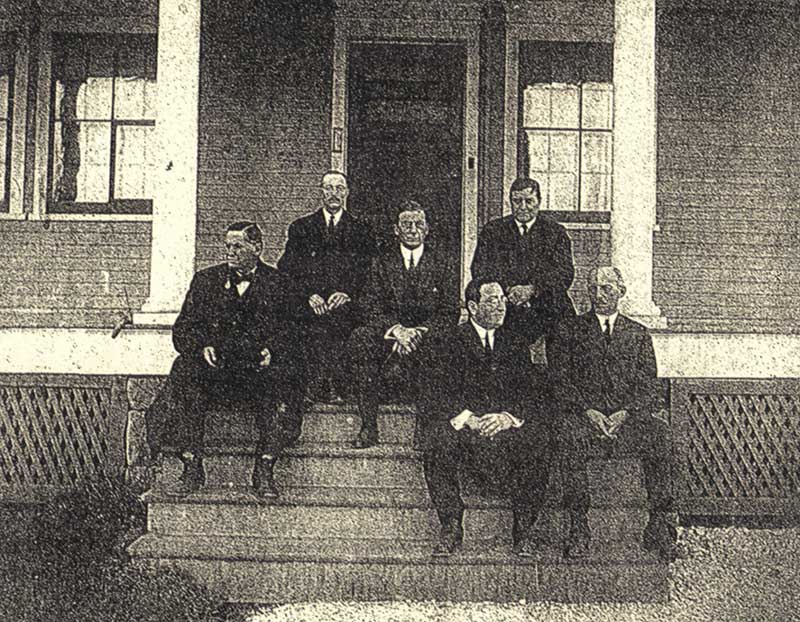 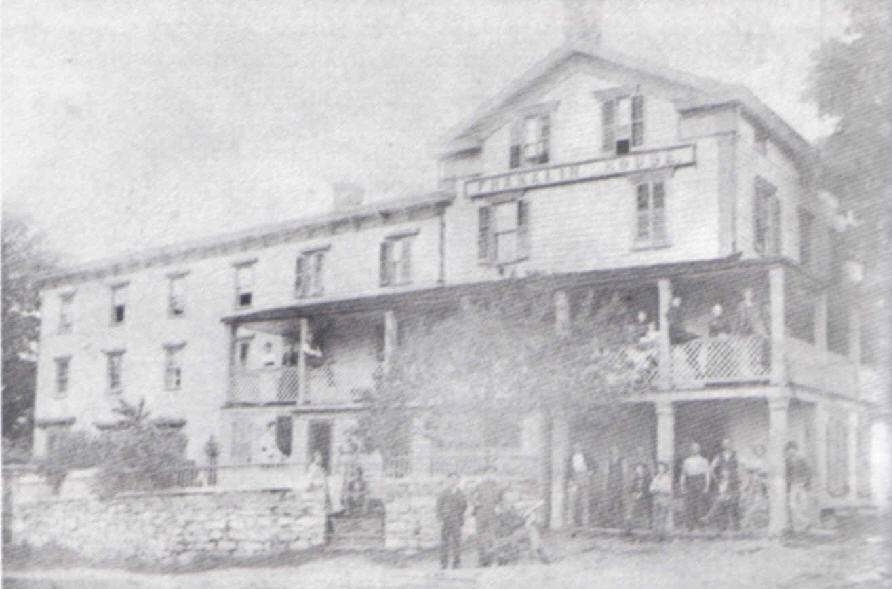 The community of Franklin Borough grew and prospered, especially under the direction of the first Superintendent of Mines of the New Jersey Zinc Company, Mr. Robert Catlin. Mr. Catlin had received his work experience with the engineer, Herbert Hoover, who later became our 31st President. Mr. Catlin first conducted shale oil experiments in Franklin in the early 1920’s and directed the construction of the Palmer Shaft in order to extract the valuable zinc ores in the area. Joseph Quinn recalls that, as a young child, he remembers his father being told by Mr. Catlin that the Zinc Company had selected the site of the family hotel for the location of the shaft, and that they would have to build another dwelling across the street. When the Palmer Shaft was constructed, all the village wells went dry. Mr. Catlin then built a new water system and supplied free water for the residents until 1931, after which the system was sold to the Borough. Electricity was also provided to the families in the Borough by the N.J. Zinc Company, two months of which were provided at no cost to the users.

The Superintendent’s concern for the safety of the miners led to the construction of the first hospital in the county in 1908. Before its construction, injured miners were transported by train to either Paterson or Morristown, many dying before they arrived at their destination for treatment.

The first vocational school was built in Franklin under Mr. Catlin’s direction. A Borough representative was sent to Gary, Indiana, to investigate its school system, and in 1915 a similar school was built to educate the children of the immigrant miners. The building is still in use as the Franklin Elementary School.

A building program to house the workers was first instituted in 1912, with the construction of two double houses on Fowler Street in the Borough. As the Borough grew, the N.J. Zinc Company, under the direction of Robert Catlin, continued to build homes for its employees, offering favorable terms for purchase of the homes.

The first mounted police officer in Franklin Borough was Herbert C. Irons, who was recruited from the Pennsylvania constabulary by Mayor Elwood Shuster. As Chief of Police, Herbert Irons became a legend in the law enforcement community in the County until his retirement.

To contact the local police in the borough, the following procedure was used. If one needed police for any reason, they would dial 2201 (if a phone was available). Otherwise they would go to the New Jersey Zinc Company time office on Main Street, and inform the clerk that a policeman was needed. The time clerk would then turn on a switch, which would in turn activate a series of lights in various sections of the Borough to alert the police to duty. This method was used 24 hours a day, 7 days a week. In case of extreme emergency, the time clerk would quickly flash lights off and on to indicate an emergency warning. 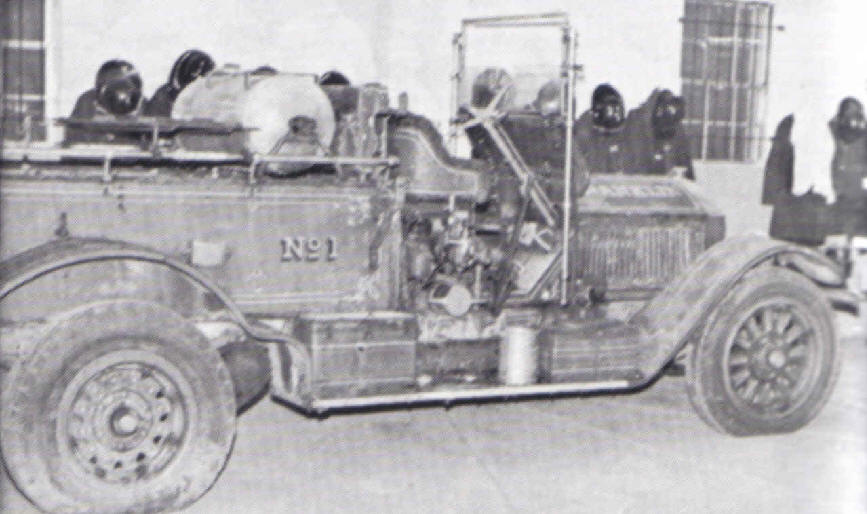 The organization of the Franklin Fire Department in 1916, encouraged by Superintendent Robert Catlin, began with the purchase of an American LaFrance fire truck in 1916. Prior to that time, all equipment consisted of hose carts that were pulled by hand.